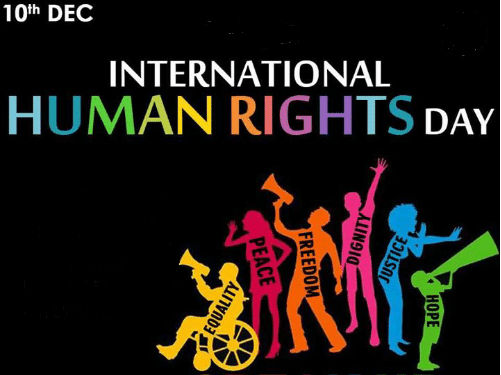 Today is International Human Rights Day. The first half of December is a time for sober reflection with respect to the establishment of the global human rights regime as well as the creation of the international refugee regime, including the distinct status of Palestinian refugees as part thereof.

On 10 December 1948, the UN General Assembly, adopted the Universal Declaration for Human Rights, prompted by the world community’s resolve to prevent reoccurrence of the abhorrent violations of fundamental rights that characterized the Second World War. It served as the foundation for the UN’s human rights system established in subsequent decades.

One day later, on 11 December 1948, the Assembly adopted resolution 194(iii), creating the United Nations Conciliation Commission for Palestine (UNCCP), tasked with resolving the conflict that had erupted following the Assembly’s recommendation, a year earlier, to partition Mandate Palestine into Arab and Jewish states, the departure of British troops from Palestine and the subsequent creation of the State of Israel, in May 1948. The resolution is most famously known for its reaffirmation of the right of Palestinian refugees to return their original home, a right that was well established in international law as it had evolved during the first half of the 20th century and in the immediate post-war years.

One year later, on 3 December 1949, with the adoption of resolution 319(iv), the General Assembly decided to establish the United Nations High Commissioner for Refugees (UNHCR). Often overlooked is that UNHCR was initially mandated to deal exclusively with the remnants of the refugee problem in Europe, following the end of the Second World War, and only much later became the global refugee agency as we know it today.

Five days later, on 8 December 1949, with the adoption of resolution 302(iv), the General Assembly established a second refugee organization, UNRWA, to deal with the Palestinian refugee question in the Near East (UNRWA), through relief and works programmes. Its establishment was triggered by the failure of the UNCCP to realize the return of Palestinian refugees and the decision of the international NGOs that had provided humanitarian assistance to the refugees thus far, to cease their involvement. After an initial focus on the initiation of large scale, labour-intensive, public works schemes aimed at “integrating the refugees in the economic life” of the Near East, the agency gradually shifted its focus on promoting the human development of “Palestine refugees” through the provision of education, health and relief services.

Another year later, on 14 December 1950, the General Assembly adopted the Statute of UNHCR, in resolution 428(v), setting out the organization’s mandate and mode of operation in considerable detail. Its paragraph 7(c) acknowledged the establishment of a distinct regime for Palestinian refugees, including the key principle of ‘continuity of protection’, aiming to make sure that Palestinian refugees would be protected and assisted wherever they find themselves, by UNRWA for those in its area of operations and by UNHCR for those elsewhere. This arrangement was further elaborated and cemented in article 1D of the Convention Relating to the Status of Refugees, adopted in June 1951.

This foundational codification of a post-war international human rights and refugee regime was followed in subsequent decades by the adoption of numerous other human rights and refugee instruments. In spite of this impressive Bill of Rights, the aspirations of its founders have not been realized, as we are seeing every single day. Flagrant disregard for human rights continues to be witnessed in many places around the world – and has significantly increased since the onset of the Covid-pandemic. Similarly, the rights of refugees – including Palestinian refugees – continue to be violated.

Does this mean there is no hope for the future? This question reminds me of my most inspiring teacher at university, Professor Herman Meijers. A survivor of the Holocaust, he told us, students of international law, an important mission lay ahead of us. “The 20st century was the era of codification of international law”, he used to say, “and the challenge of the 21st century will be that of enforcement, to give international law teeth. This will be your task, your duty, your mission, dear students.”

His words have in been instrumental in my decade long career in the service of refugees and human rights, first in the Netherlands, then in the Middle East and now back in Europe. Setbacks should be no reason to give up, to get frustrated or disillusioned. Rather, they are a source for determination and renewed inspiration. The mission is not completed!