Nakba Day 2022: Reflections on Ukraine, Apartheid and the Ongoing Nakba 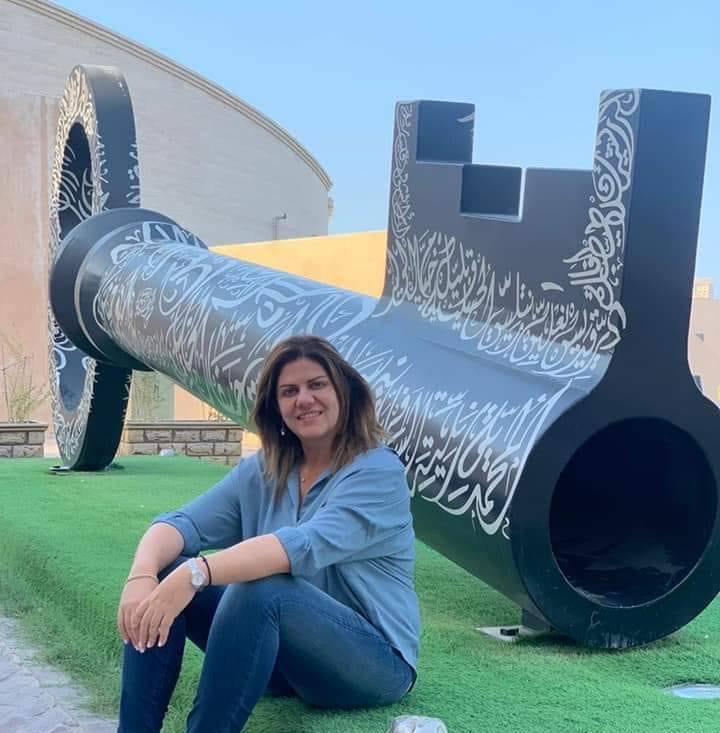 This month marks the 74th anniversary of the Nakba, the catastrophe that befell the Palestinians with the Jewish-Zionist colonization of their homeland culminating in the establishment of the State of Israel in large parts of Mandate Palestine and the forced displacement of the vast majority of Palestine’s indigenous population. Not only were 750,000 Palestinians turned into refugees between 1947 and 1949, but they were also subsequently denied return, dispossessed, and de-nationalized en masse, all in flagrant violation of international law. The same applied to the 350,000 Palestinians that were uprooted during the 1967 War, half of them refugees from the 1948 War. The policy of depopulation and denial of return has continued until today, with ongoing threats of forced displacement in Sheikh Jarrah in East Jerusalem, in the Naqab in the South of Israel, and in Masafer Yatta in the West Bank, just the latest examples of the Ongoing Nakba.

I write this post as we grief with unspeakable anger the death of Shireen Abu Akhleh, the Palestinian-American Al Jazeera journalist who reportedly was “assassinated in cold blood” while covering the Israeli occupation forces storming of Jenin refugee camp in the West Bank on 11 May 2022. The killing – which according to UN experts may amount to a war crime – highlights once again the danger to which journalists reporting human rights violations in the occupied West Bank and blockaded Gaza Strip are exposed and prompts renewed calls for their protection. An unprecedented assault on mourners during the funeral procession in East Jerusalem, a two days later, showed Apartheid Israel at its worst. The commemoration of the Nakba further happens as we are equally infuriated after unprecedented Israeli assaults on the Al Aksa Mosque in Jerusalem during and after the Holy Month of Ramadan and as we remember that more than 4,400 Palestinians, including women and children, are currently held in Israeli jails, more than 500 of whom are held in “administrative detention” under which suspects are detained without charge or trial for an indefinite period.

The Holocaust and the Ongoing Nakba 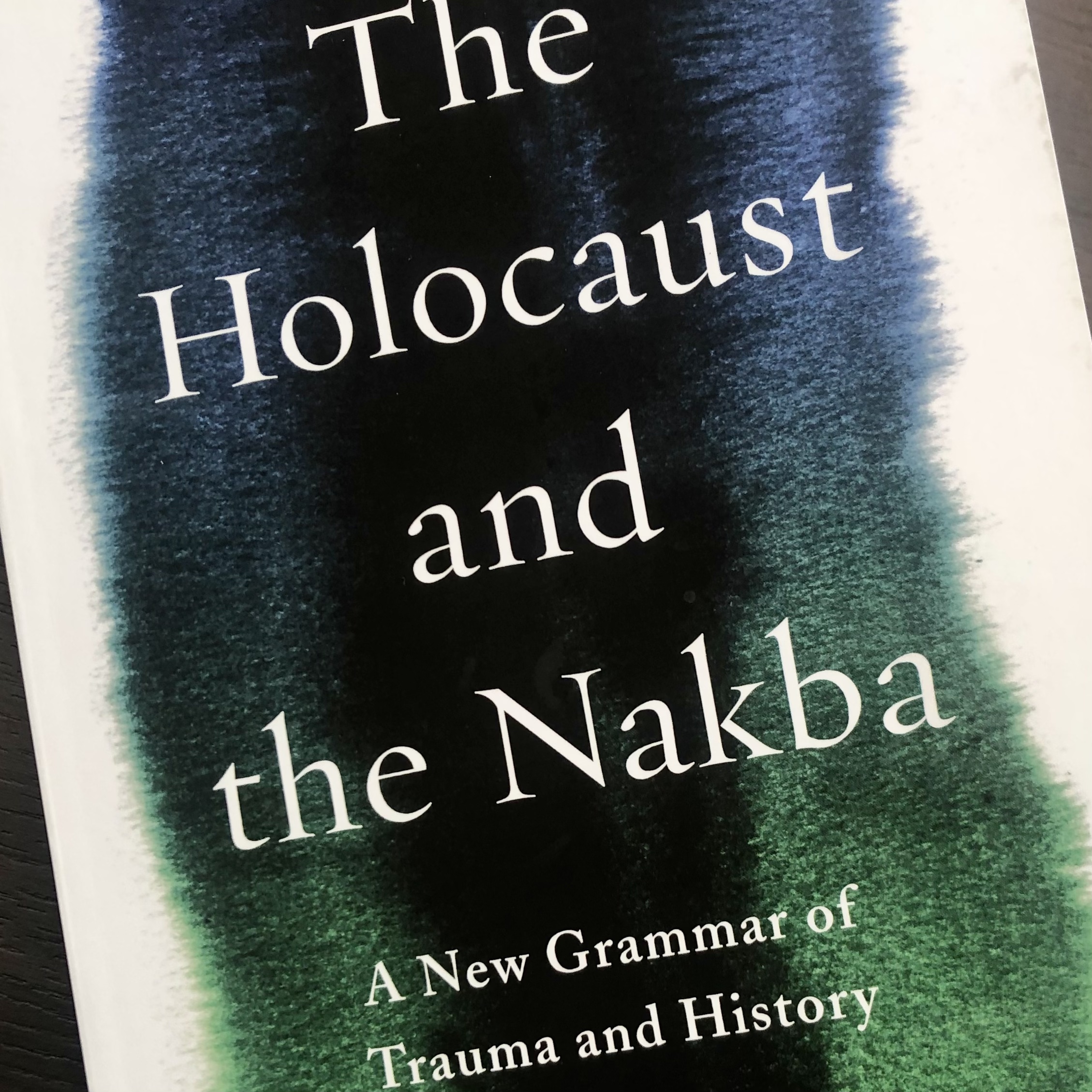 A few days ago, on 27 January, it was Holocaust Remembrance Day, the anniversary of the liberation of Auschwitz-Birkenau. A week earlier, on 20 January 2022, the UN General Assembly adopted, without a vote, a draft resolution entitled “Holocaust denial”, tabled jointly by Israel and Germany and cosponsored by more than 100 Member States. Rejecting and condemning Holocaust denial, the resolution urged Member States to develop educational programs that will inculcate future generations with the lessons of atrocity to prevent acts of genocide. It also calls on Member States and social media companies to take active measures to combat antisemitism and Holocaust denial or distortion in cyberspace.

The annual commemoration and the resolution rightly remind us that we should never forget, let alone deny, the Holocaust. One must also not blur the fact that it was primarily directed against the Jewish people. But, to use the words of Gideon Levy, one of Israel’s most courageous journalists, “precisely for this very reason, one must not ignore the conduct of its victims towards the secondary victims of the Jews’ Holocaust, the Palestinian people. Without the Holocaust they would not have lost their land and would not be imprisoned today in a gigantic concentration camp in Gaza or living under a brutal military occupation in the West Bank.”

A New Role for Jordan? 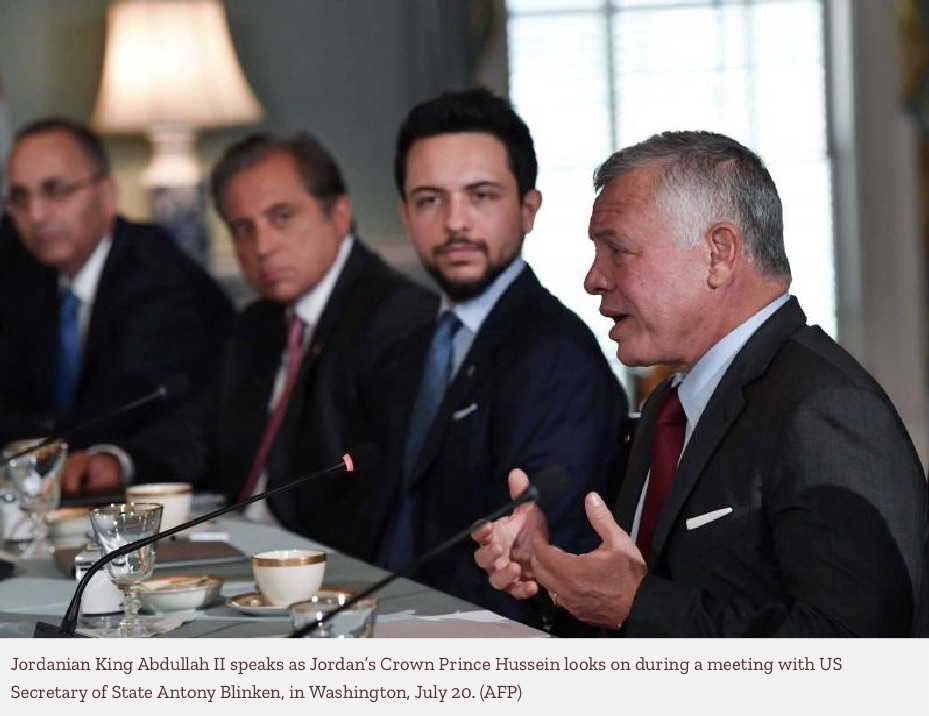 The recent developments in Israel and Palestine, as of April-May 2021, are amongst the latest signs that the discourse with respect to the Question of Palestine is entering a new phase, providing unprecedented opportunities for renewed engagement at multiple levels. The cancelation of the Palestinian elections has further underscored the collapse of the Palestinian national movement,  led by an ‘old-guard’ seen as out of touch with its base, as well as the rift between Fatah / the PA in the West Bank and Hamas / the de facto authority in Gaza. Young Palestinians, both inside Israel and Palestine and beyond, have shown a sense of unity and bottom-up leadership that is novel in comparison to the public discourse since the end of the first Intifada. 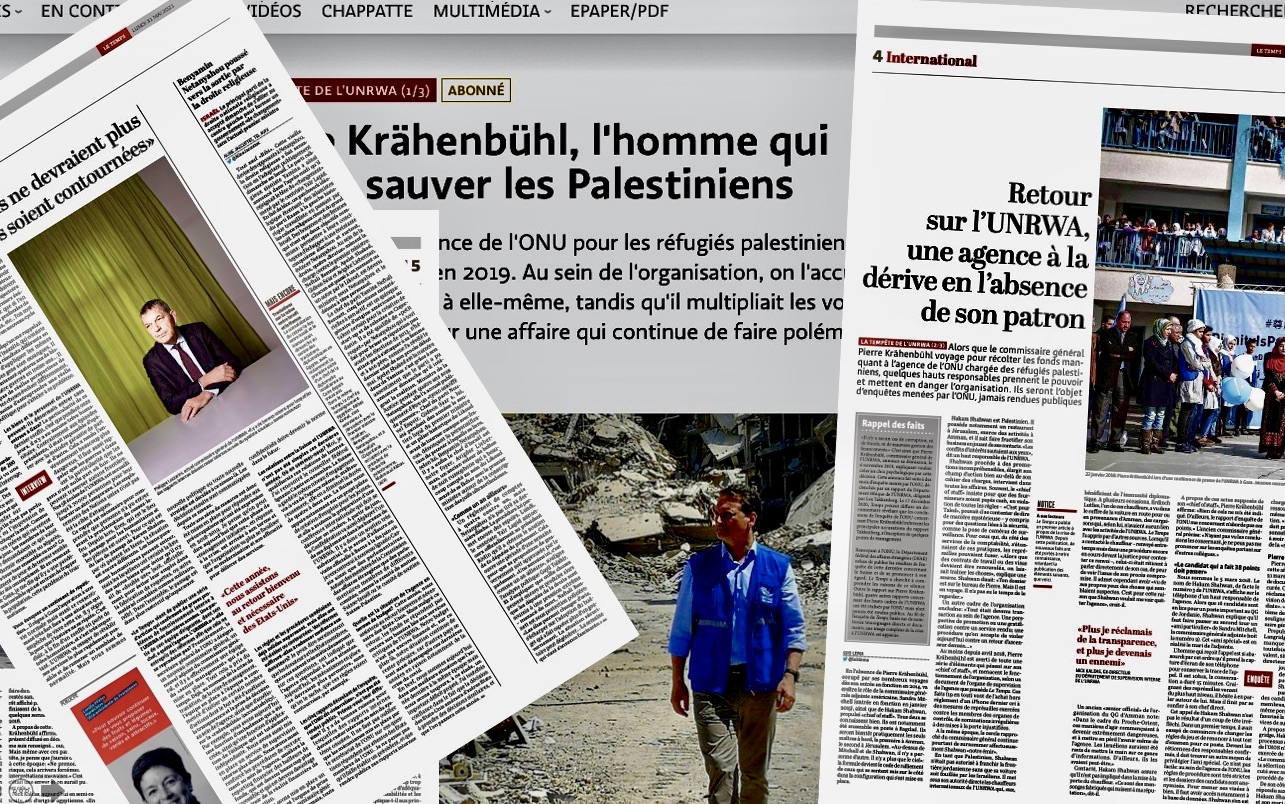 In an earlier blogpost, I reacted to media alleagtions that in my former capacity as the Chief of UNRWA's Ethics Office, I had reported a number of serious allegation against Pierre Krähenbühl, former Commissioner-General of UNRWA, and other members of his inner circle that “manifestly failed [to] survive scrutiny” by the internal misconduct investigation carried out by the UN Office of Internal Oversight Services (OIOS). Krähenbühl himself asserted that the report cleared him of “98%” of the accusations that prompted the investigation. Whilst the relevant OIOS reports remain classified in accordance with established UN policy, I pointed to evidence in the public domain that reveals a bleaker picture, involving a hostile work environment and abuse of power at the very top of the agency.

My submission for the PHmuseum 2021 Photography Grant 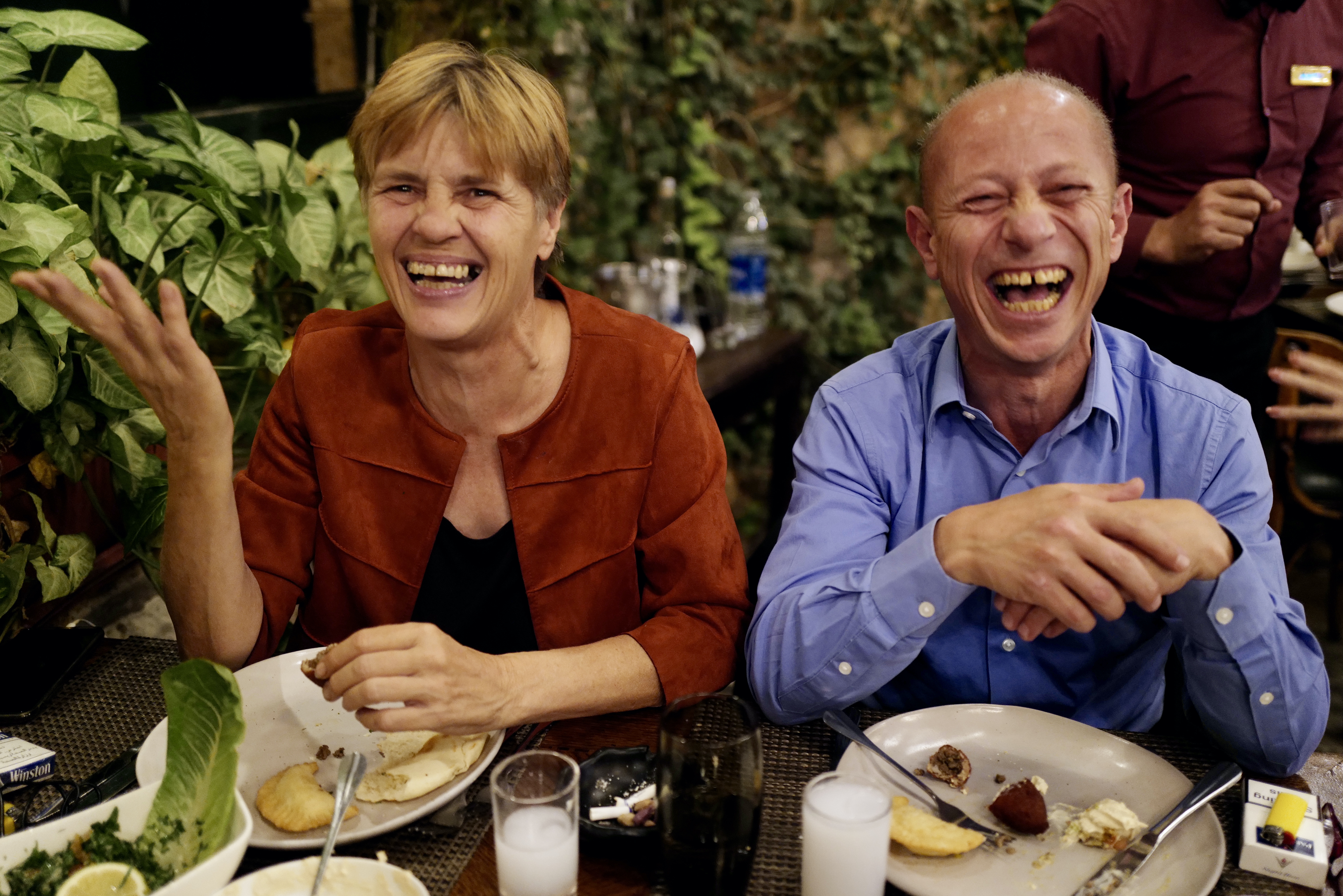 Title: Love & Life. Love in all its forms and manifestations has been the driving force behind my personal development, my professional career and my photography - in other words, all aspect of my life. Wherever I go and travel, a camera - currently a Leica Q2 - is always by my side or in my backpack. This project is about people and situations that touched me in different ways during my travels in the Middle East and Europe in 2019 and 2020 - people that I met for an instant as well as loved ones and friends of many years. 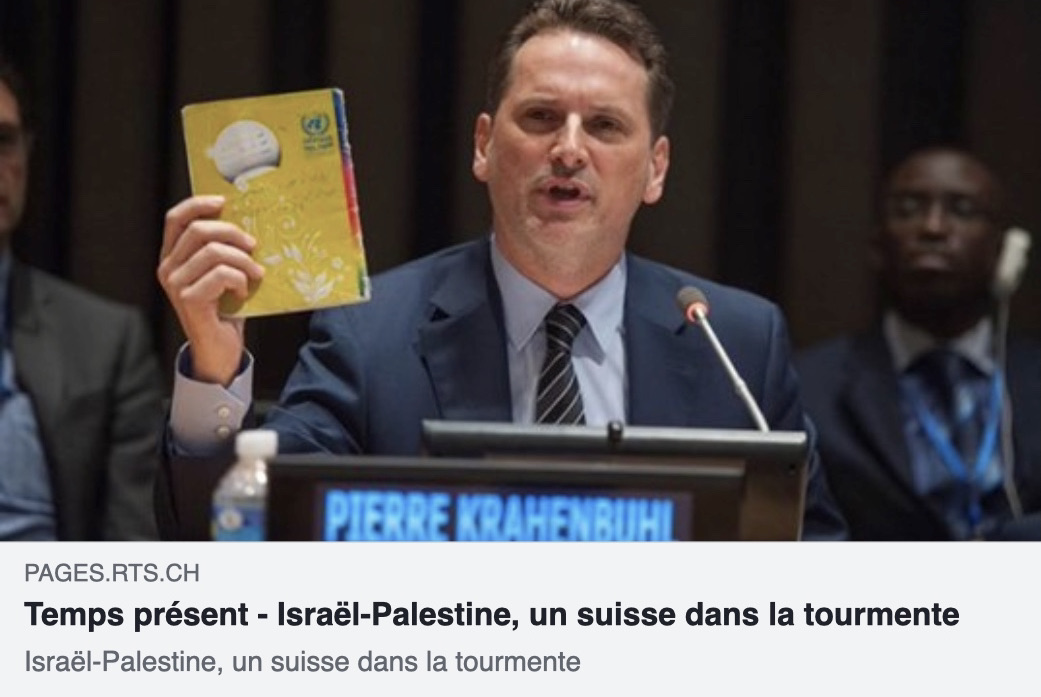 Update: On 10 January 2021, several hours after I posted the blog entry below, OrientXXI informed me that it had "unpublished" the article by Baudouin Loos, mentioned below, and would decide the next day "what to do next". The article is now back on line - in both English and French - under the same link, below. It mentions that "Additions have been made to this article for more precision, on 11 January 2021". It also contains a "note" the second time my name is mentioned, on the last page, responding to one of the key points in my blog post, below, that Baudoin Loos' article as well as the Swiss tv documentary ignore the incriminating judgment of the UNRWA Dispute Tribunal of 10 November 2020.